Many people who work in the food and cocktail industries follow Family Circus-esque routes to reach their payoff. A stop off here—a quick pause there—spinning their wheels a bit in something completely off the path, but ultimately getting where they need to be.

Kate Frick has gone through one such adventure. She’s cut her teeth at some of the best-kept secrets just outside of KC—spots that are well worth the trip to Lawrence, Tonganoxie, and more. Frick lent us a hand in understanding her relocation through the hospitality industry, and the creative spirit that inspired her concoctions.

Frick started out at a catering company in college and learned about the industry first-hand from long, unwieldy hours and the assembly line-style of work that comes with planning food for events. She walked away to pursue other interests before a friend at 715, an award-winning Tuscan-inspired bistro in Lawrence, recruited her to join their team.

It was evident she made an impression there, as she was approached by a group of regular patrons who turned out to be investors. They kept their eye on Frick and eventually asked her to help bring a little cocktail culture to a college town. 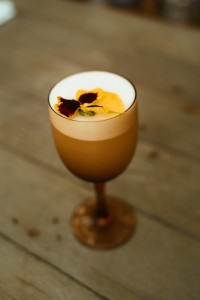 Despite the pandemic, they are still going strong with bottled curbside cocktails to-go. They’ve built a mighty following—including numerous service industry veterans—combining their unusual creative license and high-quality spirits to make a name as one of the premier cocktail spots in the area. Frick didn’t rest on the momentum of success; the inspiration was a catalyst for JBU’s triumph.

“With what became John Brown’s Underground, I had proven to myself that I could run the show,” Frick says. “I had grand ideas for my own place, so I started looking for a venue. I was aware of this ancient, quaint building in Tonganoxie, and I decided to approach the owners with my vision.”

Frick’s vision became the Myers Hotel Bar, best known for herbaceous cocktails that utilized esoteric ingredients, and its welcoming atmosphere—a mentality that has carried over to Frick’s more recent ventures. And, like John Brown’s Underground, it quickly started gaining word-of-mouth press thanks to a devoted following from Lawrence, to Olathe, and beyond.

The Myers became a roadside stop for travelers needing refreshments and Uber rides gone awry. It became a vault for stories on synchronicity and weird timing. Frick is a creator with an innate sense of taste and humanity. She says she allows appropriate seasonal flavors to guide her in developing a menu, but her ability to read people equally influences the bill of fare.

“I’m a farmer in addition to developing these menus,” she says. “I try to be extremely thoughtful about what ingredients can be ethically sourced and which local ingredients I can use in developing my drinks.” She lets those thoughts flow through her entire menu and leans into playful and more experimental ideas.

“We went through alterations to try to stay afloat,” she says. “In a small town, you have to be resourceful, but we couldn’t keep things going there as COVID stretched on.”

Luckily, she had opened some doors and made friends in the right places—her next opportunity wasn’t far off.

Frick joined forces with local hospitality mavens Shantel Grace and Chef Rozz Petrozz to develop the bar program at Saltwell Farm Kitchen, and she knew it was a good fit as soon as she stepped inside. The restaurant’s “extreme farm-to-table” ethos immediately appealed to her, and many believe the team there is building a sustainable way for small restaurants to function.

The cocktail menu at Saltwell Farm Kitchen is exactly what we’ve come to expect from a virtuoso like Frick, effortlessly blending classic and experimental options—the “Eau de Tomate” features housemade tomato shrub, vodka, agave, and lime—to match the food on offer. She’s even making a strong push into the “low-and-no” world, with a number of low-ABV and alcohol-free drink options that’ll still knock your socks off. 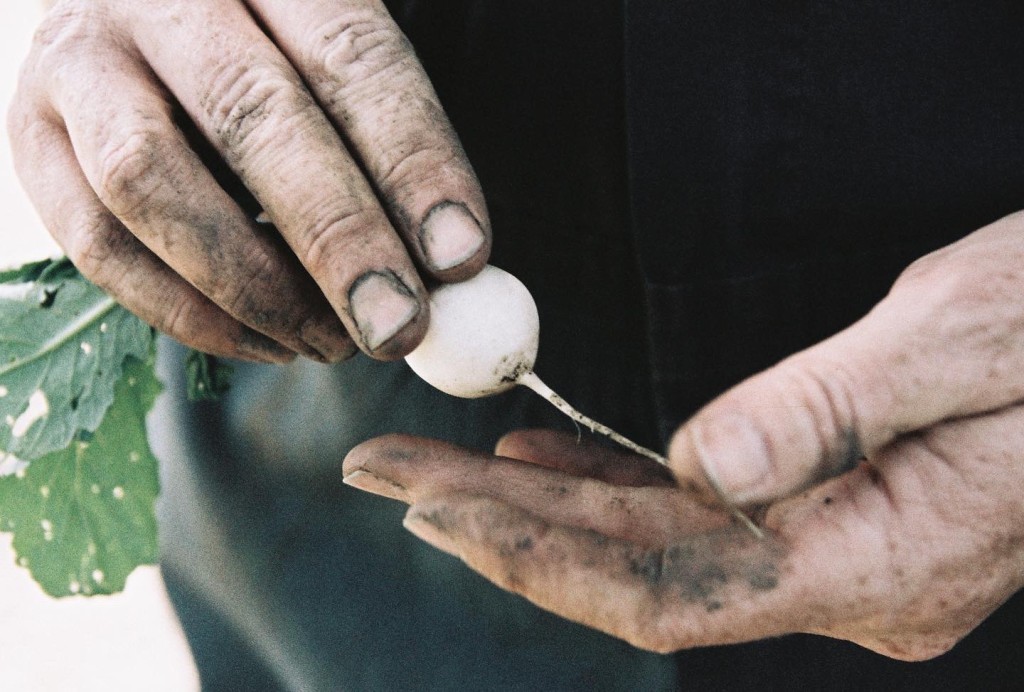 Frick has also partnered with Juniper Hill Farms north of Lawrence to kick off a once-a-week public pizza night—paired, naturally, with a dynamite alternating drink menu. Frick and the team at Juniper Hill hope to start serving up pizza and cocktails by the end of this summer, and Frick promises that the countryside view is “one of the best in all of Lawrence.”

Despite the Myers Hotel Bar’s tenure being cut short, Frick does find some silver lining in her experience there.

“For one, I learned a lot about my approach and the types of places I wanted to tie my philosophy to,” she says. “I only want to work with people who I can forge a strong connection with—people who want to build something unique with me. I’ve reached a point in my career where I only want to put my energy and love into things I feel aligned with.”

Frick attributes changes within the hospitality industry to the influence of the COVID pandemic; it’s no question that everything has changed around the globe. Patrons and workers alike are not strangers to the culture shift.

“It really opened a lot of eyes to how things have long been run,” she says. “We need to start looking out for people’s well-being and mental health. Owners and restaurateurs have to shift the way they are running their businesses, and that will shift the way guests approach going out for food and drinks.”

Between farming, menu planning, and a number of pop-up events, she stays pretty busy. Follow her on Instagram (@myershotelbar) to get the low down on her newfangled concoctions and perennial sneak peeks. If you fancy yourself a cocktail connoisseur, you owe it to yourself to find her. Whether you’re curious about herbal aperitifs or sustainably sourced produce, Kate Frick is your ever-dependable confidant.

Warren Buffett (Trades, Portfolio) is arguably the greatest investor of all time. Generations of investors have...
Web Development

It's also great to see young professionals embracing India's startup ecosystem, with 56% of all hires in...
Freelancing