The market’s verdict on Adobe Systems’ (NASDAQ:) $20-billion of design software maker Figma Inc. has been swift and ugly. After the merger announcement, shares of the Silicon Valley pioneer behind well-known products like Photoshop, Illustrator, and the ubiquitous PDF format, plunged more than 20%, erasing about $37 billion in market value.

Adobe’s move to acquire the 10-year-old Figma in a cash and stock deal comes as the latter grabbed significant market share in areas like user interface. A report by CNBC last month said that “tens of thousands” of software developers at Microsoft (NASDAQ:) now use Figma as well—despite the availability of Adobe’s tools through an existing business relationship.

Many Wall Street analysts believe Figma’s $20 billion tag price was too much, and the deal may take years to benefit Adobe’s shareholders.

While downgrading Adobe to neutral from buy, Bank of America said in a note today that the stock is a “show me story” now.

Barclays also downgraded Adobe to equal weight from overweight, saying in a note to clients that Adobe’s earnings per share growth will stall over the next year. The company said in a note:

“We think ADBE does have levers on this dilution, so the ball is in their court – but this deal makes it hard to argue for multiple expansion, and with little EPS growth next year, we think this performs in line with our coverage rather than out-performing.”

Besides analysts’ negative reactions, the timing of this large deal is also working against the stock. ADBE has lost more than a third of its value this year amid a harsh macroeconomic environment for growth stocks.

However, despite the big hit that Adobe took after the Figma deal announcement, the long-term bull case for the company is intact, in my view. 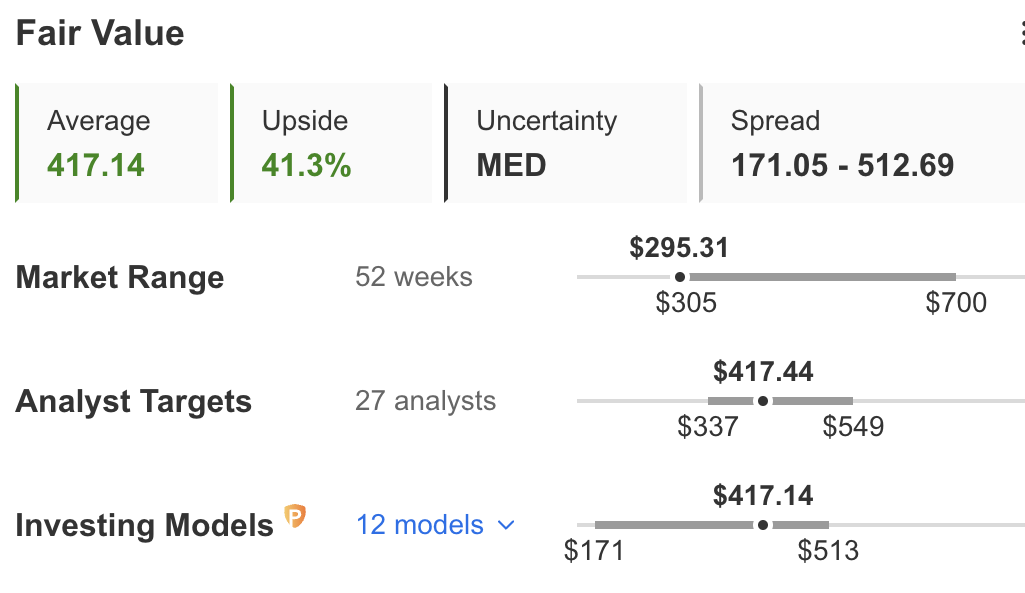 First, the short-term market reaction to any mega deal isn’t an indicator of the project’s long-term success. According to a McKinsey study, the market’s immediate response to an agreement is an imperfect measure of its long-term value. The study found that over the longer term, more than half of the companies that initially saw an adverse reaction went on to earn a positive total return to shareholders.

Secondly, Adobe has a long history of providing excellent returns, fueled mainly by its acquisition-led growth. Over the past two decades, the stock has returned 20% a year, about double the return of the . And analysts broadly still see Adobe as a reliable growth company, with double-digit revenue increases anticipated for the next several years.

Furthermore, Figma is fast expanding its customer base from software designers at big companies like Airbnb (NASDAQ:) and Alphabet (NASDAQ:) to individuals building games, maps, and presentations. Thus, the merger deal should make it much easier for Adobe to make inroads in the collaborative creative market.

In a conference call Thursday morning, Adobe tried to dispel the impression that there are fewer synergies in this deal. According to the company, two-thirds of Figma’s users aren’t from the group of designers that make up Adobe’s core customers.

The immediate market reaction to the Figma deal seems too harsh, partly influenced by the worsening market conditions where growth stocks are losing their luster. Adobe remains an innovative growth-oriented company whose stock will likely resume its upward journey once the dust settles.

Disclosure: The writer does not own Adobe stock.

Previous articleHow to Budget for Taxes as a Freelancer and Avoid an Expensive Tax Bill | Taxes
Next articleHow To Make Money Fast: 5 Proven Ways

The exponential rise of the side hustle – The Telegraph

Web design is simple to learn. You can develop a website on WordPress, Javascript, Typescript and Python....
Web Development

Web design is simple to learn. You can...

Web design is simple to learn. You can...